Since its beginning, Filmlab: Palestine established the children and youth program for kids under 15 years of age for promoting cinema culture and increasing film literacy by exposing children and youth to the specialized field of high-quality movies for kids beyond commercial styles education for mentors and educators. In 2017 the organization concentrated on the continuation and development of its children and youth visual literacy program, leading to the Next Generation Program.

Through this project, children and youth are taught how to use film art as a form of expression and self-expression. Also, to perceive film as an industry in which they may take part in as they consider their professional goals.

The Next Generation program has found a very positive and constructive echo in the educational field and was received with increased enthusiasm and eagerness by the children in all parts of Palestine, particularly in the remote areas where extracurricular programs are non-existent. Through the Next Generation program, Filmlab: Palestine succeeds in reaching a bigger number of children every year.

It enables children to go through a fruitful and promising experience, where they can explore new horizons and be introduced to regional and international stories. Stories that can demonstrate how people worldwide deal with universal issues such as oppression, compassion, forgiveness, dialogue, and accepting the other.

Next Generation in Palestine Cinema Days

To Participate in Next Generation Program 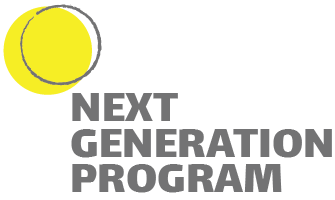